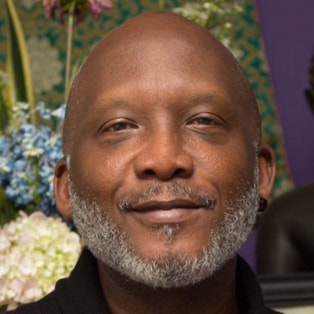 Devin Berry
After attending several Thich Nhat Hahn retreats, I was looking for a local group to sit with in Berkeley, CA, where I was living at the time. I was introduced to Morning Light Sangha and Lyn Fine, who is a senior teacher in Thich Nhat Hanh’s Plum Village Sangha. It was an intimate group of 8-12 early risers that met at 5:45am four days a week. Joanna Macy was a regular in the early years as were a couple of my dear Dharma friends and colleagues. We chanted refuges and precepts, sat for an hour, then read sutras or excerpts from Thay's teachings.

Lyn became my first mentoring teacher a couple of years in. We were in a formal student-teacher relationship for close to 20 years. I have deep gratitude for her. She introduced me to every aspect of the practice...all while meeting me right where I was. The impact of her in my life has been profound. She was all about relational practice, creating community, and truly practicing with everything...not just the comfortable, not just the diversity talking points. The personal, political, cultural, etc., it was all in the mix. She had the ability to address it all. She was walking the walk in a way that I had not experienced from a teacher before in terms of integrity, transparency and the willingness to say “I don’t know”.

Lyn later sent me along the path to long retreat and intensive meditation practice at IMS with my later teacher Joseph Goldstein. She felt I would benefit from his guidance with Insight practice, something she knew through attending one of the first three-month retreats at IMS, but that she was generally unfamiliar with (being a Mahayana Zen teacher).

A few of Lyn’s students gathered regularly at her house for “mindful thanksgiving and Passover” and other holidays. The non-profit, Mindful Peacebuilding, was founded from those sangha gatherings. She has always done the work of inclusion, radical inclusion, out loud and full throated, doesn’t play small, nor does she bypass. That was my draw to her. I think I have heard her give only a handful of formal Dharma talks over the years. She mostly taught through the living embodiment of the teachings, relationship, and sangha building. She both taught and modeled Buddha Nature during Shabbat, while we watched the SF Symphony rehearse, while meditating together, riding the subway, going nowhere in particular, while we cooked and served food at a shelter the sangha supported. We did formal practice together at former Japanese internment camps, as well as at the living quarters of the enslaved at plantations all over the south. Even after I considered the Insight tradition as my home, she allowed me to hold several weekly Insight groups, one for kids under 8 and a teen group. I also spent the better part of a year sleeping in the zendo, which was formerly her garage.

I have been in a formal Dharma student relationship with Joseph Goldstein, Carol Wilson, Andrea Fella, Larry Yang, and Gina Sharpe. Many other teachers have greatly influenced and inspired me - too many to name - but Lyn was the first teacher that I established a relationship with who was personally impactful.
Read more about Devin here and at devinberry.org.